Homepage > What Can Manufacturing Companies Learn from Tech Giants

IntroductionData, connectivity and software can add value, but they require a different leadership mindset.Are you considering your own data startup? If so, what is your next step?Final thoughts

In November 1980, the contemporary story of computing began. In a contract with IBM, Microsoft agreed to write the early parts of the Windows operating system for a mere $430,000. However, there was a provision in the contract that allowed Microsoft to license this software to other manufacturers. IBM was focused on the hardware, rather than the software. This proved to be a big mistake. Microsoft took over the world of desktop computing. In August 2021 the company had a market cap of $2,289B. That same month, IBM’s market cap reached just 127B. This difference (18x!) is significant not only due to its size but also because Microsoft is a much younger company.

On January 9, 2007, Apple unveiled the first iPhone. Up until that day, Nokia had cornered the market with its production of more than half of all mobile phones worldwide. In a 2007 interview, Steve Jobs spoke about “an explosion in post PC devices”. These devices would offer rich client user experiences leveraging software and Cloud services. Before 2007, mobile phone manufacturers focused on selling hardware units. The software within these units was minimal. Jobs changed that. He turned cell phones into smartphones by adding software and internet connectivity to a piece of hardware. And like with IBM and Microsoft, software and connectivity drove the value up. Apple’s market cap grew from $174B in 2007 to $2,000B in 2021 (11.5x!). Nokia, meanwhile, went bankrupt.

In 2008, Tesla released the Roadster sports car. The first of a brand that would become a household name. The words in Tesla’s mission statement speak to “accelerating the global transition to sustainable energy.” Software, data and connectivity, however, are the key components needed to achieve their mission statement. It’s no coincidence that Tesla’s control panel is reminiscent of an iPhone. Few of us would be surprised to see the Tesla version of the App Store in our future vehicles. Autonomous driving, smart navigation services, and energy consumption optimizations all require good software and connectivity. This is nothing less than Steve Job’s idea of Post PC devices, applied to a car instead of a phone. Tesla’s market cap grew from $2.52B in 2010 to $673B in 2021, a staggering 267x increase.

People buy software for the enriched experience that comes with it. Software makes hardware smart; dumb hardware just doesn’t sell very well (sorry, Nokia 3610). Future trends for many products will likely go the way phones and cars have: becoming part of our digital experience. And for this, data is central.

Data, connectivity and software can add value, but they require a different leadership mindset.

Manufacturing companies know their customers best. They do everything in their power to provide them with the optimal product. But now is the time to start assessing new disruptive ideas to generate value for customers and stakeholders. These ideas will be rooted in data, software and connectivity.

Volkswagen Group has started an independent business unit that focuses on bringing more value to its customers. They do this with the use of “software for the vehicle and the digital ecosystems as well as customer-centric functions at dealers.” As this press release says, they want to control “a much larger share of the value creation in the digitalization of [their] vehicles”. Eventually, (as highlighted by the picture below) their objective is to manage all aspects of the driving experience. 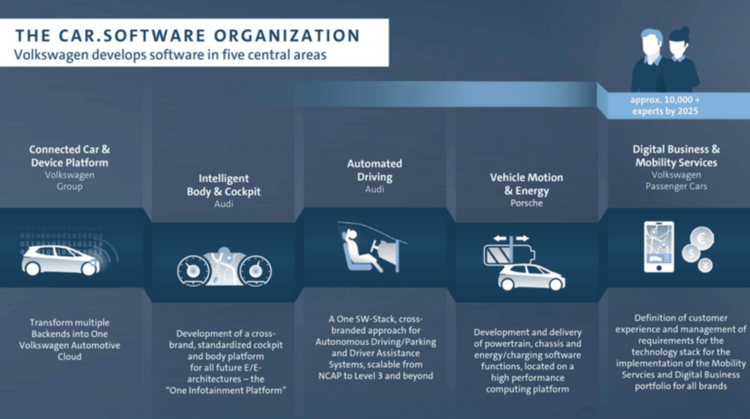 VW Group is showing its commitment to harnessing data, software and connectivity. The intended investment tells us all we need to know. By 2025, VW Group will invest EUR 7 billion in its tasks and projects.

Twill is a digital startup by Maersk. Maersk realized their small and medium customers were looking for an easier solution to book and track space on shipping containers and worked to fill the need. Enter Twill, the brainchild of Damco (now part of Maersk), whose mission is to “move your logistics service from offline to online”. With Twill, Maersk is adding value directly to their end customers, building relationships with them and improving their service, all thanks to data, connectivity and software.

Software, data and connectivity initiatives don’t, however, have to be focused just on the external customer. They can benefit internal company users as well and support them with easier decision making, better time efficiencies and maximized productivity.

In dyvenia, we often work with manufacturing companies at the early stage of their data, connectivity and software journey. There are many opportunities to improve internal processes using data intelligence. For instance, companies are tracking different stages of their sales funnels in various tools like HubSpot, Salesforce, GoogleAds, SAP. This poses a challenge for marketers and sales professionals as there is not one way to analyze leads and sales generation. Recently, a client approached us with a challenge: they wanted to optimize the insight and take more impactful action across their sales funnel. Our solution was to consolidate all this data using automated pipelines in one place and then help the business build reports on top of this source.

Are you considering your own data startup? If so, what is your next step?

In assessing new projects and ideas, it is important to avoid big Capex projects for generic things like “digital transformations” or “data governance”. These initiatives try to boil the ocean and don’t produce the right momentum required for true change. 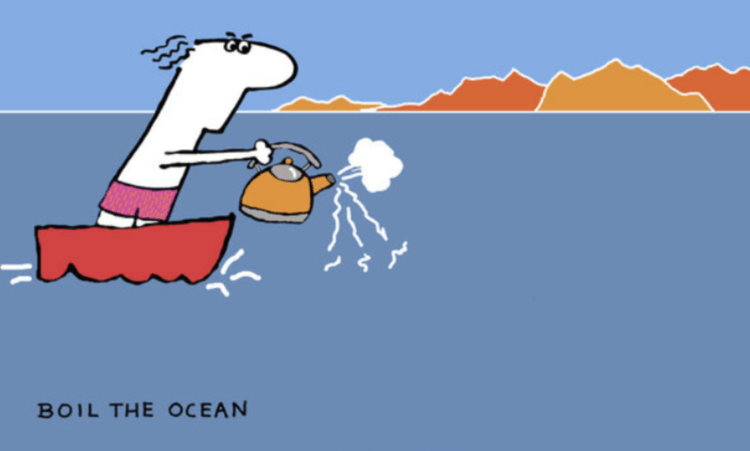 I recommend focusing on small data and analytics (D&A) MVPs (minimum viable projects) instead and treating them as an internal startup. The funding for an MVP should be in low digits and should be increased only after showing value and traction. MVPs should scale to company-wide only after proving their value.

With this approach, your D&A initiatives can gain traction and reputation across the company. Not only will they cause fewer organizational headaches, but they will also allow for better experimentation and easier funding approvals.

For example, one of our clients had been waiting to get a project done for over two years. Once dyvenia came on board, we completed it in less than three months. The difference was our agile approach: in tight collaboration with the client we performed a quick evaluation of their business case and decided on the initial MVP that would quickly deliver value. We continuously updated the customer on our progress and, if needed, adjusted our plan to their feedback. Rather than taking weeks or months to make decisions, we made them in days. The team at dyvenia worked relentlessly until the final MVP was closed and its value was proven.

For digital to add value, leaders need to embrace the same trend that has been powering the growth of Microsoft, Apple and Tesla. This trend can be described as rich digital experiences via data, software and connectivity. Leaders need to consistently look for opportunities for their external and internal customers and then help the rest of the organization embrace the new mindset. This new mindset comes with a different approach to IT. The rules of the game have changed. Waterfall-type projects are not adding value quickly enough. The big challenge is building momentum in order to  “show the money” as soon as possible. Having a big picture, a long-term vision, and direction is essential. However, demonstrating value via a constant flow of digital wins and a “doers” attitude is just as important.

This article was originally published by dyvenia CEO Alessio Civitillo on his LinkedIn page. 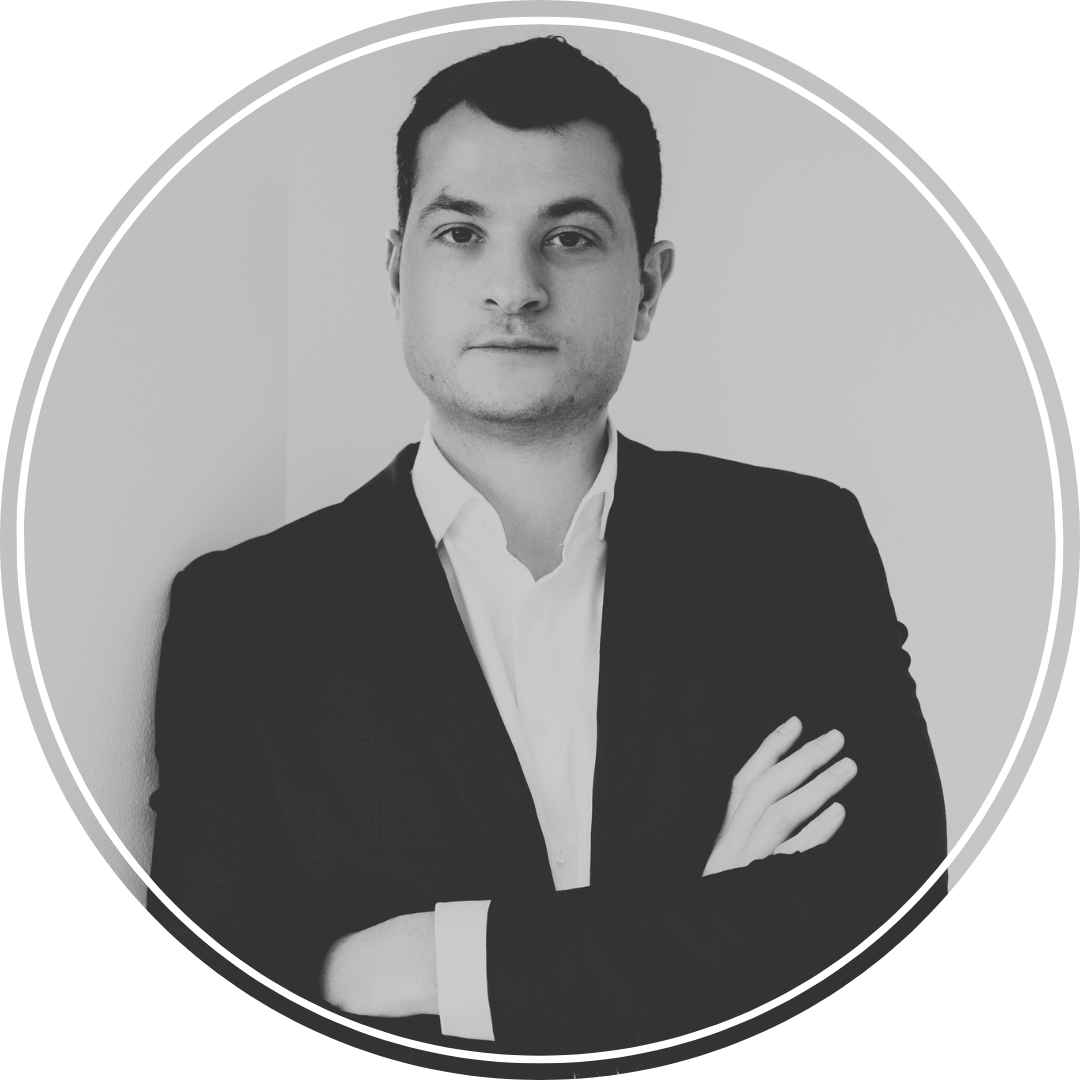 The founder and CEO of dyvenia. Because of his background in financial analytics, he strives to deliver fast, efficient and impactful solutions. Due to his programming experience, he believes that robust software engineering practices need to be introduced to the world of data. And because he wants to see that gap between the people, technology and data bridged someday, he loves to bring complex technical concepts to people so that they understand the big picture behind becoming data-fueled. 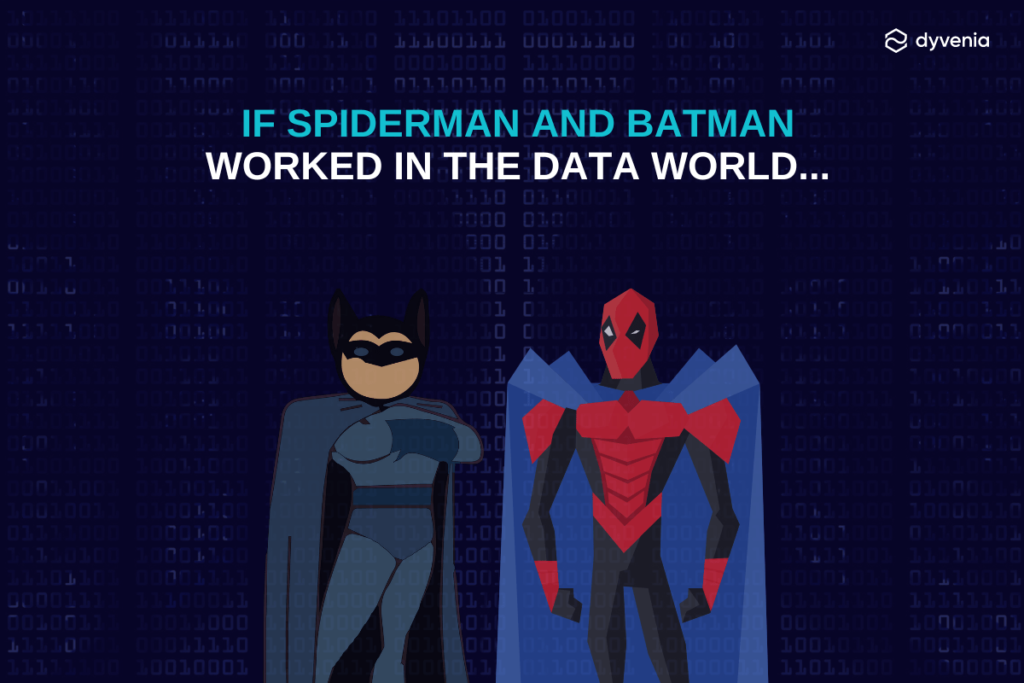 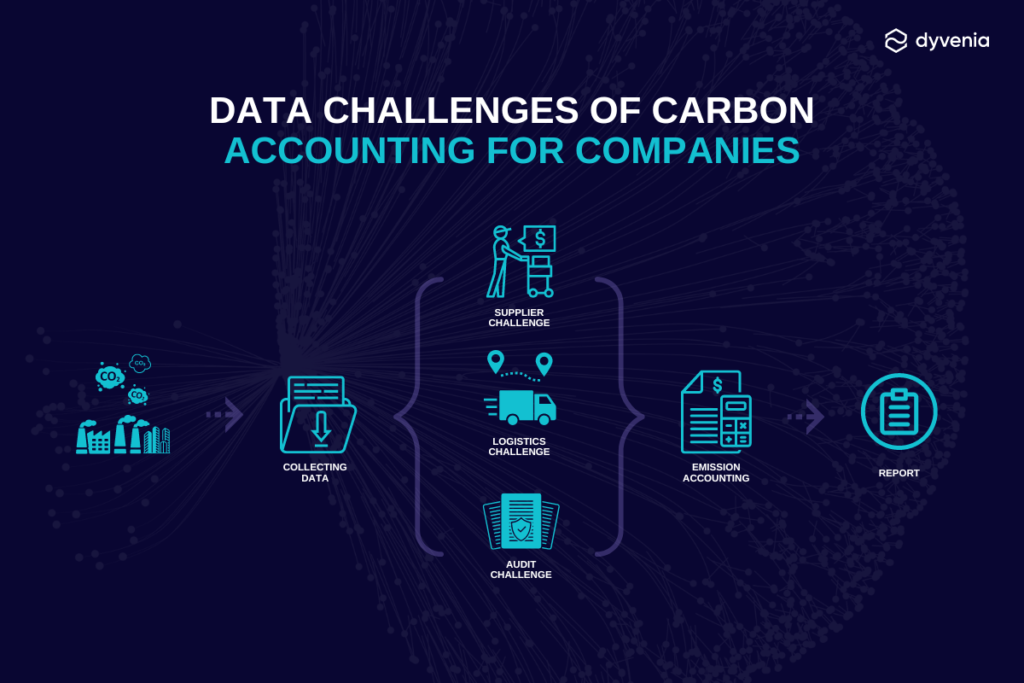 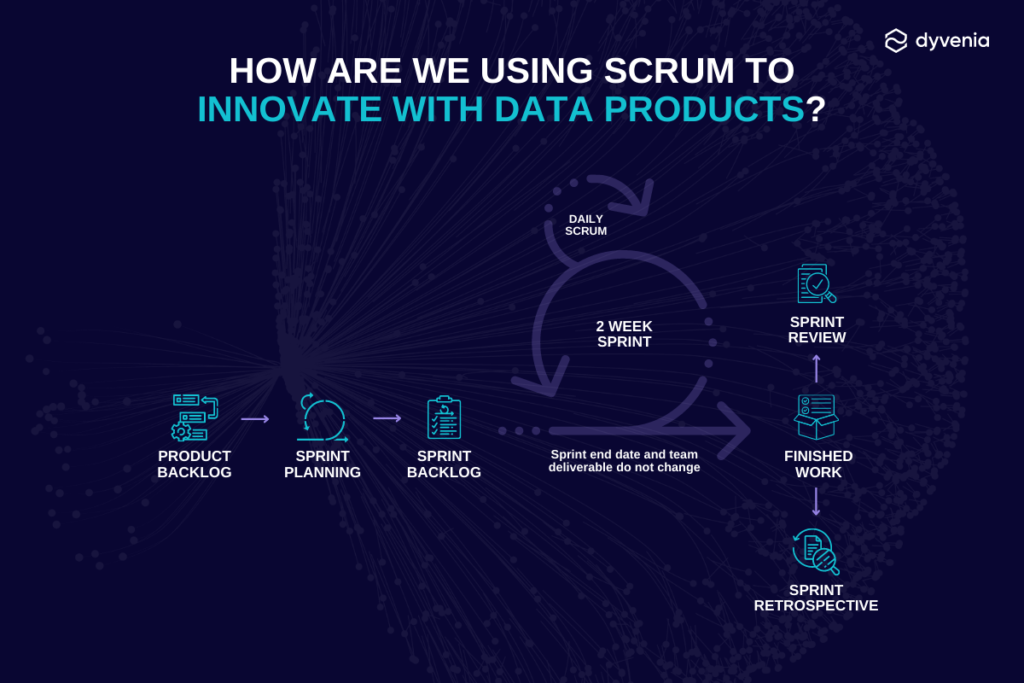 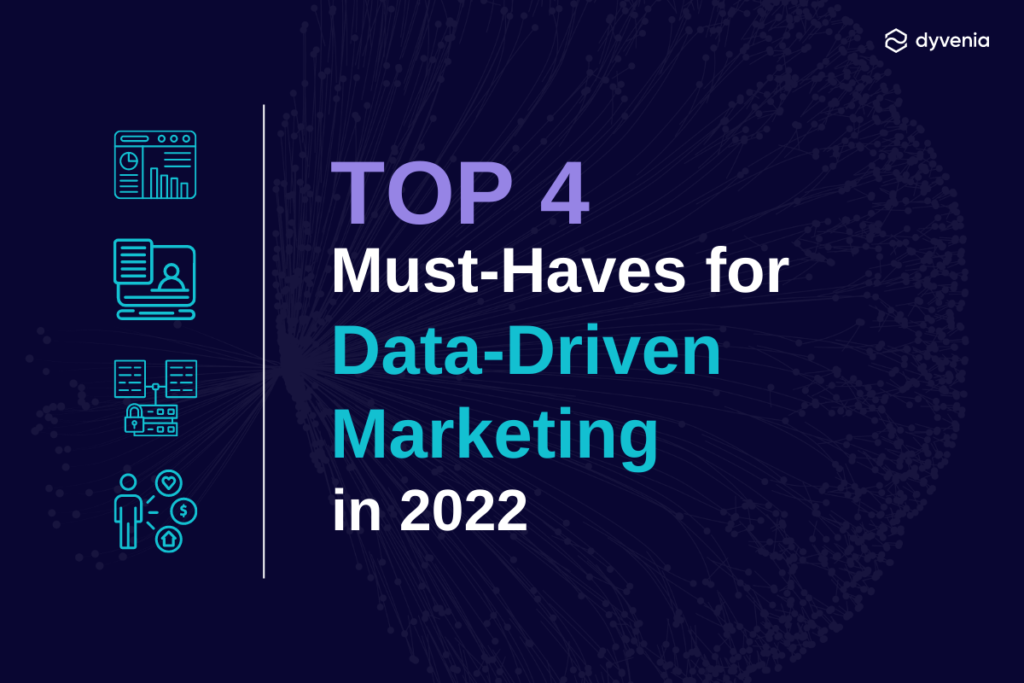 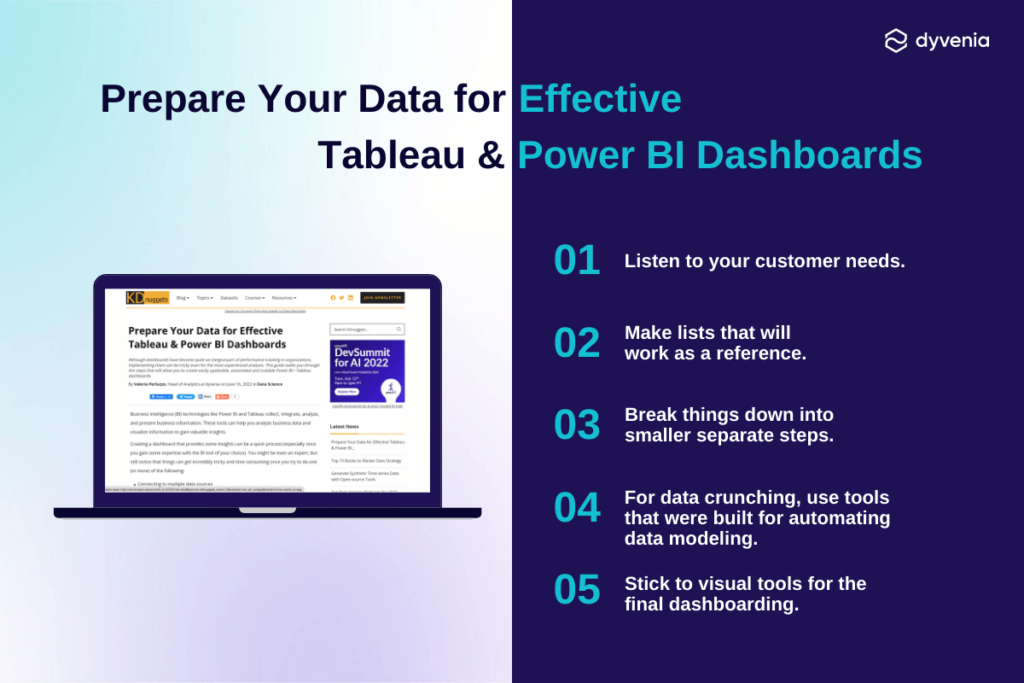 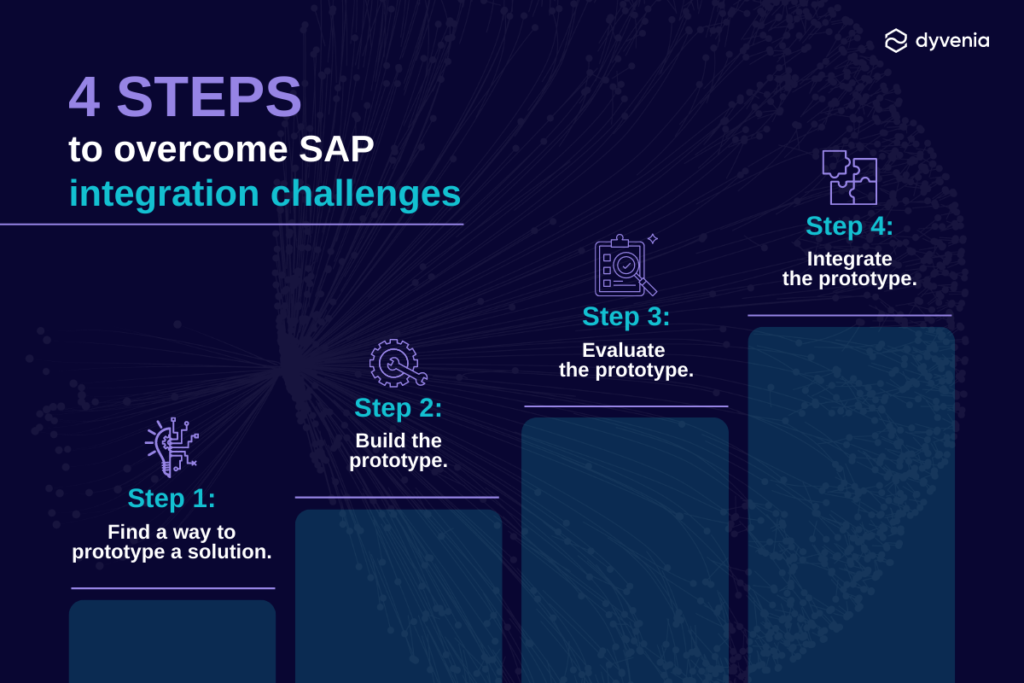 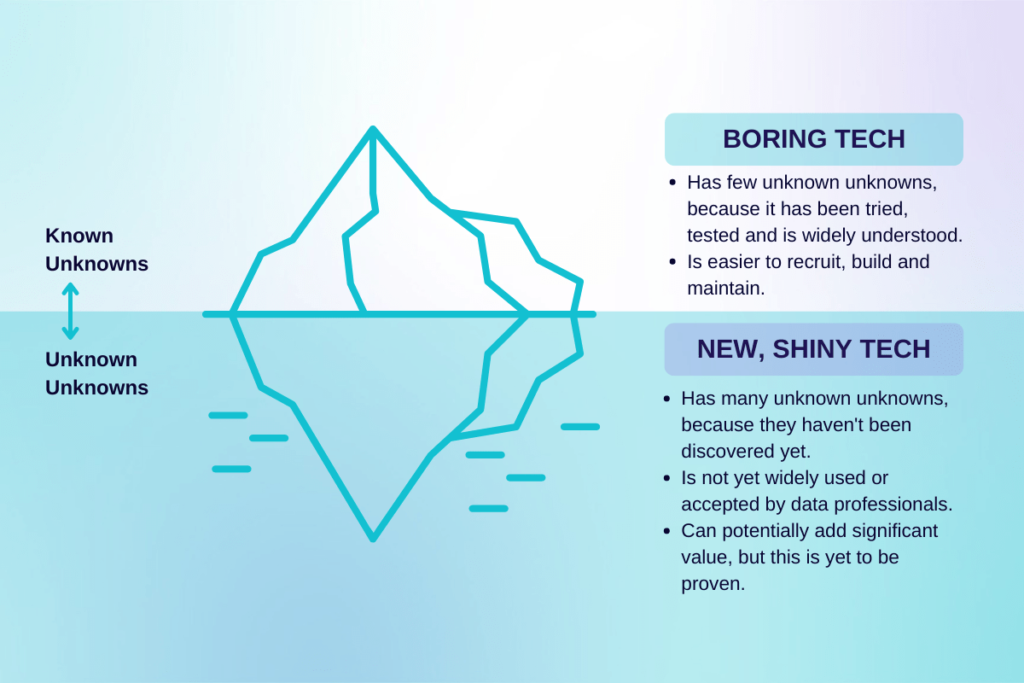 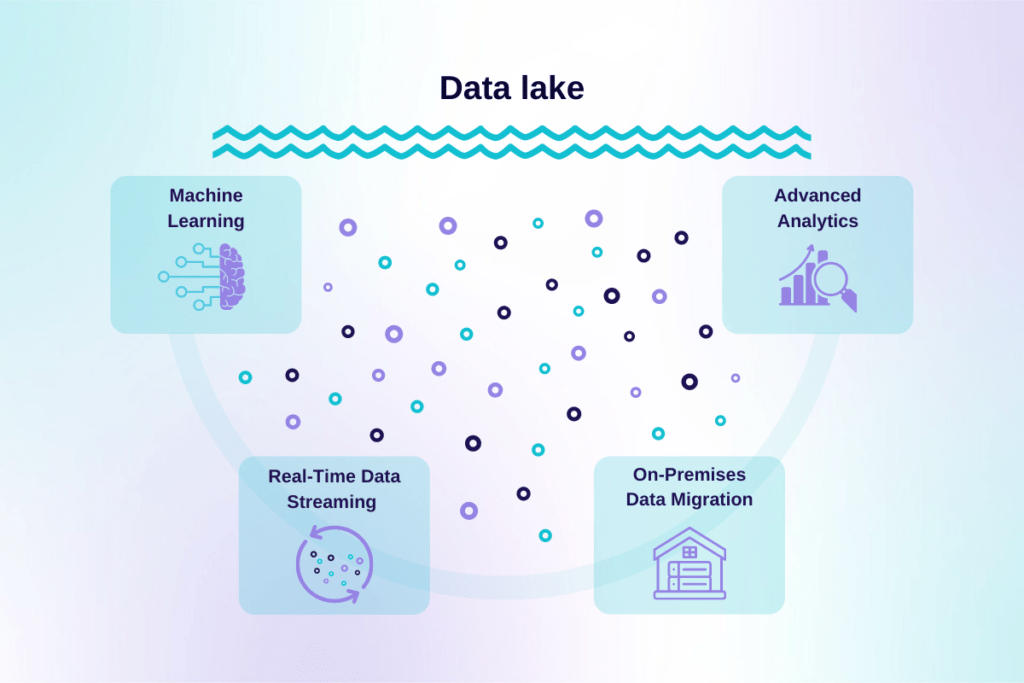 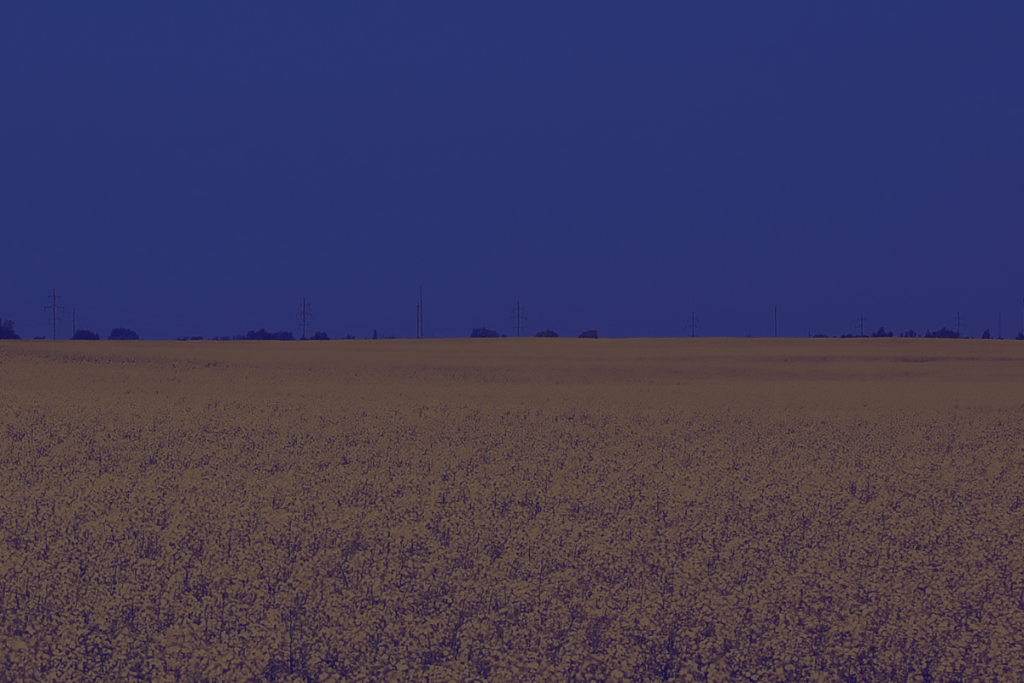 Our little contribution in times of uncertainty

Our thoughts are with the Ukrainian people and we, as a company, want to help in the best way we can. For that reason, we have decided to offer an initial six-month paid relocation to two or three Ukrainian residents. 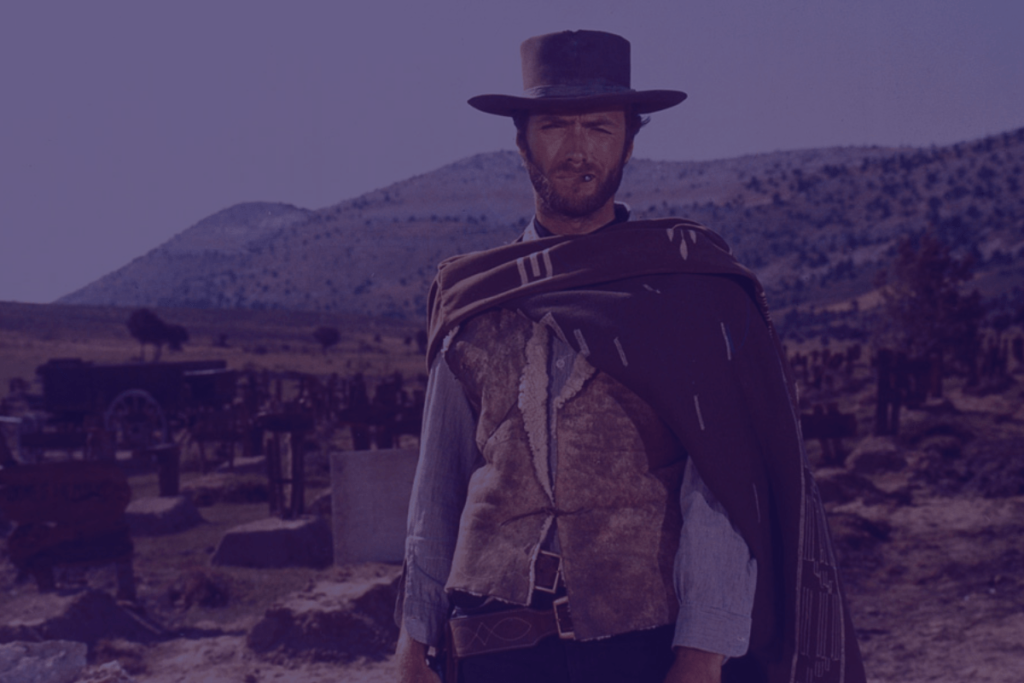 Directing Data Leadership: The Good, The Bad, And The Ugly

In this article dyvenia’s CEO, Alessio Civitillo, shares his thoughts on what companies should focus on to find exemplary data leadership that will successfully support their business needs and long-term goals.